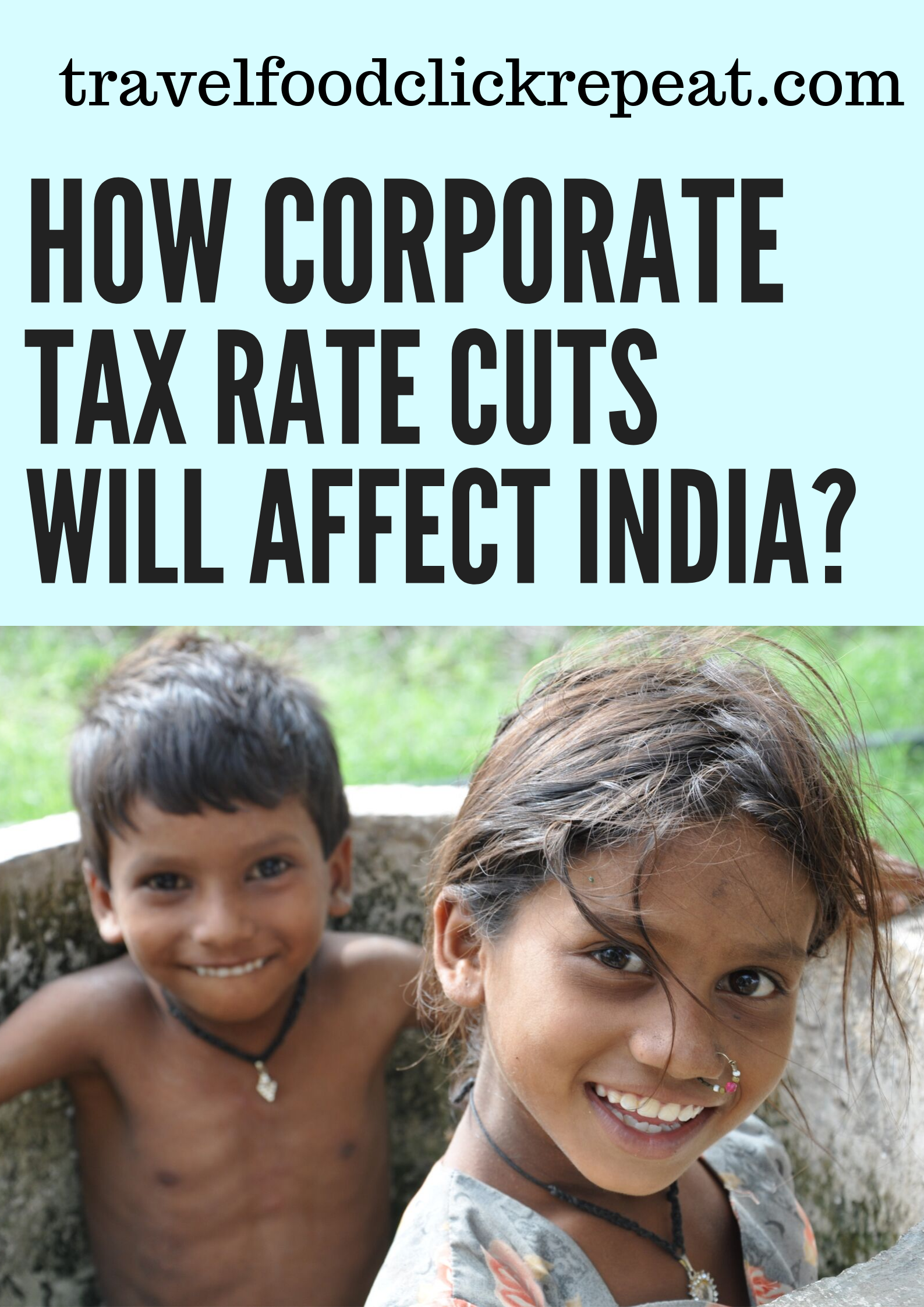 On 20th September 2019, the Finance Minister of India Nirmala Sitharaman has made a lot of announcements regarding the Corporate Taxes. One of the most important is to slash significantly the corporate tax rate for the Indian companies. With this move, the FM brings the Diwali quite early this year.

Here, the question of the day is that how does the corporate tax rate cuts will affect Indian economy? Is it overall a good move or not? let us find out the same here.

This would be subject to a condition that these companies will not avail any incentives or exemptions. Also, the Minimum Alternative Tax (MAT) would not be applicable to these companies.

One has to note that, these changes shall be applicable from the beginning of the current financial year, that is, from 1st April 2019.

This will be subject to the condition that these companies do not avail any tax incentives or exemptions. These companies shall have to commence production by 31st March 2023.

No Minimum Alternative Tax (MAT) would be applicable to these companies as well. Present Companies that are availing tax holidays can also join the new regime once their tax holiday period ends.

These announcements will for sure have long term and large implications and thus affect the Indian economy for the long run. Let us now discuss 4 major effects of the corporate tax rate cuts which are as follows:

Prior to the announcements, for the FY 2019-20, the corporate tax rate of the domestic companies was divided into two tax slabs based on the total turnover.

If the total turnover of the company in the previous year is,

The new corporate tax rates of India are now lower or closer to the rates applicable in the other emerging countries.

Thus, the reduction in the corporate tax rate will help to make India a really competitive market in the world.

Increase the Profit
of the Domestic Companies

Let us take an example to understand, how the reduction of the tax will increase the profit of the domestic company. Let say,

In percentage, the profit of the companies will be increased by 9.77%. One has to note that this percentage increase is for the domestic companies whose annual turnover is more than ₹250 Crores.

Though a company can do a lot with this increased profit. I am sharing with you some of them below:

Even if the company do nothing, the increase in the profit will increase the liquidity of the domestic companies.

All in all, the increase in the profit of the companies is a pretty good plus point.

Boost to Make in India

You might be wondering why the government reduced the corporate tax rate for the domestic companies? why not for foreign companies? It’s all to boost the Make in India Initiative.

Make in India, was launched by the Government of India, on 25th September 2014, to encourage companies to manufacture their products in India.

It helped India to get good amount of investments in the country between September 2014 to February 2016. As a result, with more than $60 billion, India emerges as the top destination globally in 2015 for foreign direct investment (FDI).

During the announcement, the FM also expressed confidence that the tax rate cuts will boost Make In India Initiative through new investments.

Also Read: GST on Blogger’s Earnings from WordAds or AdSense

Increase in Investments
and Fiscal Deficit

I have to confess that this point is quite related to the above point. With the corporate tax rate cuts. India is now becoming a great investment opportunity for investors in the world. Many experts are confident that this move will increase investment significantly in the country.

Here, I am talking about the increase in the investment by the domestic investors as well.

With expectations that the government’s move will become a game-changer by starting a big economic upcycle, the capital market also zooms. The Indian benchmarks, Sensex and Nifty rose more than 5% intraday.

In an attempt to pull the economy out of the six-year lowest growth, the government has announced biggest corporate tax reduction of about 10% in the last 28 years. With this tax break, the government shall foregone the revenue of ₹1.45 lakh crore (approximately $20 billion) annually.

It’s about 0.7% of the Indian GDP and hence, increasing the government’s fiscal risk due to revenue loss. However, the transfer of money by the RBI to the government can play an important role to fill up the overall gap.

Other Announcements by the FM:

In case you are wondering what are the other announcements made by the Finance Minister, here I am providing you the same as follows:

In order to provide relief to the companies who will continue to avail the exemptions and incentives, the rate of MAT has been reduced from 18.5% to 15%.

Enhanced surcharge introduced by Finance (No. 2) Act 2019, shall not apply on capital gains arising on sale of equity share in a company/ unit of equity oriented fund or unit of business trust liable for securities transaction tax in the hands of an Individual, HUF, AOP, BOI, and AJP. This announcement is made to stabilize the follow of the funds into the capital market.

The enhanced surcharge shall also not apply to capital gains on the sale of any securities, including derivates, in the hands of Foreign Portfolio Investors (FPIs).

In order to provide the relief to listed companies which have already made a public announcement of buyback before 5th July 2019, no tax on buyback of shares shall be charged.

The government has also expanded the scope of CSR activities. The companies can now spend 2% of the money on the following: