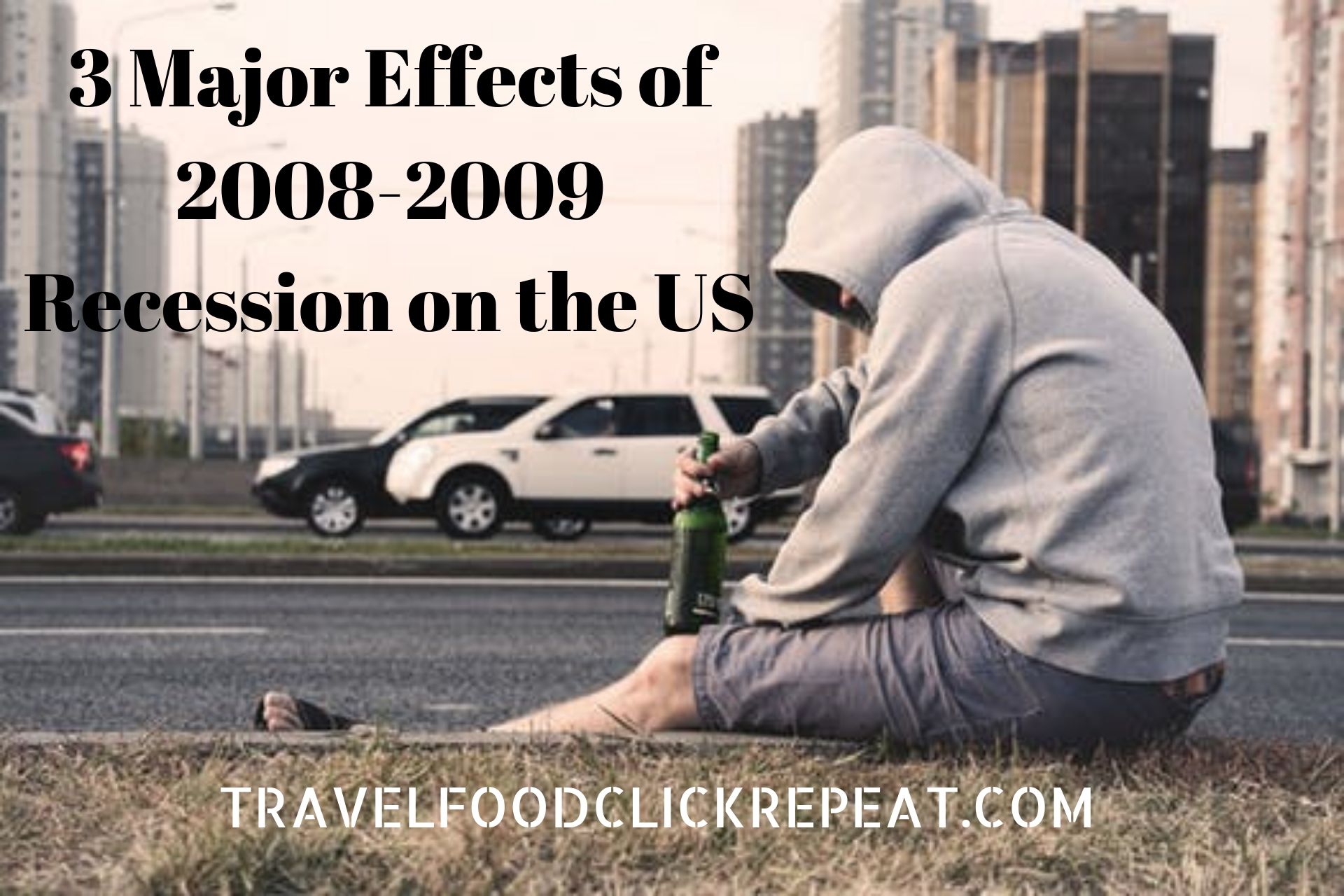 Though the 2008-2009 recession affected the global economy but it had drastically hit mainly the US and the European economies.

So, without wasting any time, lets us now discuss the 3 major effects of the 2008-2009 recession on the US:

Major Effects on US

One of the major effects of the recession was the change in ownership of many companies and financial institutions. Some of the big changes are discussed below:

In March 2008, Bear Stearns, an investment bank giant, collapsed due to facing financial trouble by investing in subprime mortgage loans. It was later acquired by JP Morgan Chase at a really low price.

In September 2008, Merrill Lynch, a leading Investment Management Company, due to heavy losses attributed by the subprime mortgage crisis was ultimately sold to Bank of America.

In the same month, the US 4th largest Investment bank, Lehman Brothers, filed for bankruptcy. One has to note that it was the largest bankruptcy filing in US history. Due to the following reasons, Lehman Brothers have to take this step:

HBOS plc was a banking and insurance company based in the UK. In 2001, It was formed by the merger of Halifax plc and Bank of Scotland. After the demise of Lehman Brothers, the share price of the HBOS plc were decreased drastically due to short selling in September 2008. Later, the HBOS plc was acquired by Lloyds Banking Group in January 2009.

In some companies, though the owners were not changed, they were either bailout, assets were acquired by others, put under the conservatorship program, or just the management was changed due to the 2008-2009 recession.

In September 2008, due to the speculation of recession, the Stock Market crashes. This crash played a very major role in reducing the asset value of the companies equity. It even forced some companies to go for bankruptcy which eventually leads to the recession.

In the US, there are approximately 5,000 indices. However, S&P 500, NASDAQ Composite, and Dow Jones Industrial Average (DJIA) are the three most popular indices among investors. These indices have categorized companies based on different methods but can be commonly identified by market capitalization.

From the above one can note that due to the recession, by March 2008, every major stock exchange lost its wealth by more than 50% from its previous high in October 2007.

As we all know that the recession mainly began in December 2007 and Devil stayed till June 2009. As per the US Bureau of Labor Statistics (BLS), the national unemployment rate was hiked from 5.0% to 9.5% during this period. However, it was further increased to a massive 10.0% in October 2009.

Other Effects on the US Economy:

Due to the effects of the recession 2008-2009, Gross Domestic Product (GDP) of the US were deeply affected.

The recession had a negative impact on the US real Gross Domestic Product (GDP), household net worth, and the average expenditure per consumer unit.

With all this, we can understand that the 2008-2009 recession affects the US economy quite badly and people had to go from really a very hard time.