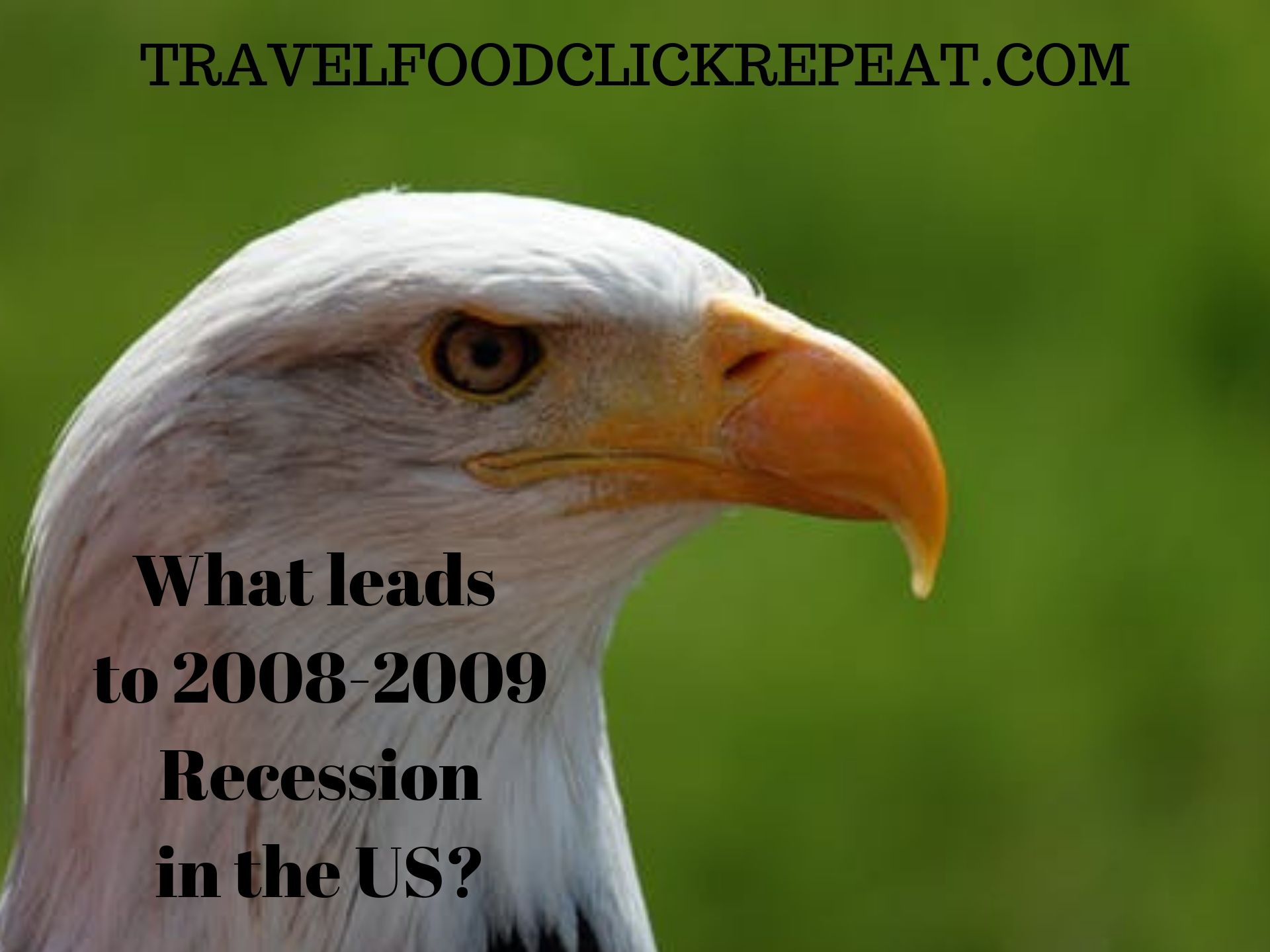 In order to understand the causes of the recession, we have to first understand the background, how all this started? How, generally, the money flows from the investors to the borrowers? and what were the blunders that happened before or during the recession? Knowing all these will give us a better understanding of what actually happened in the 2008-2009 recession.

Generally, less risk taker investors who have a great pail of the money went to the Federal Reserve and buy Treasury bills. But, in 2001, the Federal Reserve decreased the interest rate to only 1%. This was done in light of the bust of the dotcom boom so that the US economy can stand strong.

Investors see an opportunity in the real state, due to an increase in demand for house buyers. They dive into it, with the thinking that the price of the property will keep on increasing for a long time.

At that time, the real state industry was in the boom, and the US government was also encouraging people to buy houses. Since the interest rate was very low, hence the people were taking mortgage loans from the banks to buy home.

Whole Process of how Money Flows

Allow me to clear this first, from now onwards in the post the investors are those who invested their money in CDOs through Investment banks and borrowers are the people who borrow money from the local banks for buying the property.

Due to the increasing interest of investors in the real state, Investment Banks began to buy loans from the banks and repackage them in as Collateralized Debt Obligations (CDOs). Investors buy these CDOs from the investment banks because credit agencies had given AAA ratings for the CDOs.

One has to note that the banks had shifted there final burden to CDO investors through Investment Banks. Due to the AAA rating and good return on investment, the demand for these CDOs increases among the investors.

Investment Banks soon start asking for more loans from the banks, so that they can later repackage them as CDOs and sell to investors. Everything was going great up till the real state was in boom and the subprime mortgage has not come into play.

Causes of Recession in the US

A Blunder with Subprime Mortgage

In a General case, before giving any loan, the banks verify the details provided and the creditworthiness of the borrower. But, in order to meet the demand for the loans, the banks began to provide a subprime mortgage without that much background check.

Subprime Mortgages are those home loans that are granted to borrowers with poor credit scores. These loans are considered to have a high risk.

One of the biggest blunders that happened is that credit agencies had given AAA ratings to these CDOs too. Due to the rating, the investors were also buying these subprime CDOs from the investment banks.

At that time, American International Group (AIG), start providing Insurance on these CDOs, which is called Credit Default Swap (CDS). Some of the smart investors had insured their CDOs with CDS.

Everything was smooth until borrowers start doing the defaults.

Banks did three mistakes while giving subprime loans to the borrowers. First is that banks did not inform borrowers about the increase in the EMI because of the adjustable interest rates.

Second, as mentioned above, they did not check the financial creditworthiness of these borrowers.

Defaults by the US Borrowers

In 2006-2007, a lot of borrowers did start to do the defaults. It has two main reasons which are as follows:

In 2006-2007, the interest rate started increasing drastically on these subprime loans and borrowers were start doing defaults.

Reason 2 – Decrease in the Value of the Property

The banks started to auction the properties as lots and lots of borrowers were doing defaults. But, the banks were not able to find buyers for these properties. Due to this reason, the real estate rates decline, catastrophically.

Due to this decline in the real estate prices, the value of the mortgage loan is now far more than the fair market value of the property.

Due to the above two main reasons for default, many borrowers start doing defaults. In 2008, banks were not receiving money from the borrowers. Due to this, the value of the CDOs turns to zero and CDO investors lose all of their money.

And, in mid-2008, ownership of many investment banks was changed, or either they were a bailout, or put under conservatorship program of the government. The collapse of the financial sector had a drastic impact on many companies and sectors also.

In December 2007, the recession officially began in the US and it stayed till June 2009.