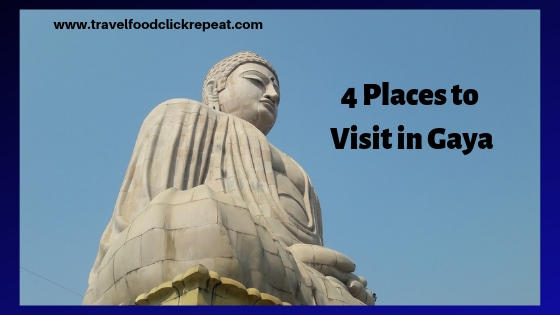 Gaya is a sacred city in the Indian state of Bihar. It is one of the major tourist attractions in the state, due to its historic importance. It mainly attracts followers of Hinduism and Buddhism.

Gaya district has a town, Bodh Gaya. It is the place where Gautama Buddha, who founded Buddhism, had attained enlightenment. That is the reason, thousands of people visit this holy place from all around the world every year in India.

A Visit to Gaya

Me and my family visited this religious and beautiful place during the winter season last year. Here, I am sharing my experience of visiting this city and try to introduce you to some remarkable places that I have visited.

Mahabodhi Temple situated in Bodh Gaya is a UNESCO World Heritage Site. This is among the most divine places for Buddhists. Prince Siddhartha Gautama, who later have known as Gautama Buddha, obtained enlightenment here under Bodhi Tree.

Mahabodhi temple is very old and built-in around 260 BCE. It illustrates a very old piece of architecture. The main temple possesses a very delightful sculpture of Lord Buddha. People were chanting mantras there and were walking around the temple in a clockwise direction.

The whole place is very immense and has a soothing environment. There are beautiful gardens in the complex area. Different short sculptures of the Lord are also there.

The temple is situated in the east direction from the descendant of the actual Bodhi Tree. It is a fig tree (Ficus religiosa), also known as ‘peepal tree’ in the native language. Gautama Buddha attained perfect insight while meditating under it.

The Vajrasana or diamond throne is placed under the Bodhi Tree. It was built by Emperor Ashoka to mark the holy place. Nowadays, the throne and the trunk of the tree is protected with fences all around it.

We saw numerous monks and followers, who were meditating and praying under the tree, following their sacred rituals. One can feel calmness and peace while sitting there.

The temple premises also includes Cankamana. It is believed to be the way where Lord Buddha had walked during the meditation in the third week. The black stone lotuses on the platform specify the places where the Lord’s feet rested while walking.

I don’t have any photo of the temple as the phone was not allowed on the premises. But I must say, I was so pleased there, that is why I didn’t want to leave that place.

Vishnupad Temple is another temple most visited by Hindu devotees. Built with gray granite stones, this age-old temple is an important place to visit. The temple is located along the Falgu River.

Vishnu-Pad (Vishnu feet) Temple was marked by the holy footprints of Lord Vishnu when he punished Gayasura. The imprinted stone slab is always decorated with sandalwood and various flowers. The temple also includes idols of other Gods.

On the other side of the Falgu River, there is another beautiful spot. According to Ramayana, it is the place where Lord Rama, wife Seeta, and brother Lakshmana came to offer pind-daan for their father Dasharath. Since then, this place is also famous for pind-daan as per Hindu mythology.

The 25 meters (82 feet) Buddha Statue is located near Mahabodhi Temple in Bodh Gaya. The statue of Lord Buddha is seated above lotus flower in a meditation pose, under the open sky. It is made up of sandstone blocks and red granite. Statues of 10 disciples of Buddha in different hand postures are also erected there.

It took seven years to construct this marvelous piece of beauty, with the help of thousands of masons. The statue is among the top largest Buddha statues built in dhyana mudra (pose) in India.

Construction of these temples and monasteries so diverge in shape, color, and style. They represent the tradition and culture of their own countries. They are all charming and graceful. Also, before visiting to see each one of them, make sure to keep in mind the timings.

There was tight security in that area, because his holiness the 14th Dalai Lama was there on a pilgrimage, for three weeks in India. I missed the chance to see him. We found that he was conducting a meeting with his fellow members when we visited there.

Overall my experience of visiting this place was full of amazement and peacefulness. If you get a chance to go there, don’t miss. And do share your experience with us.