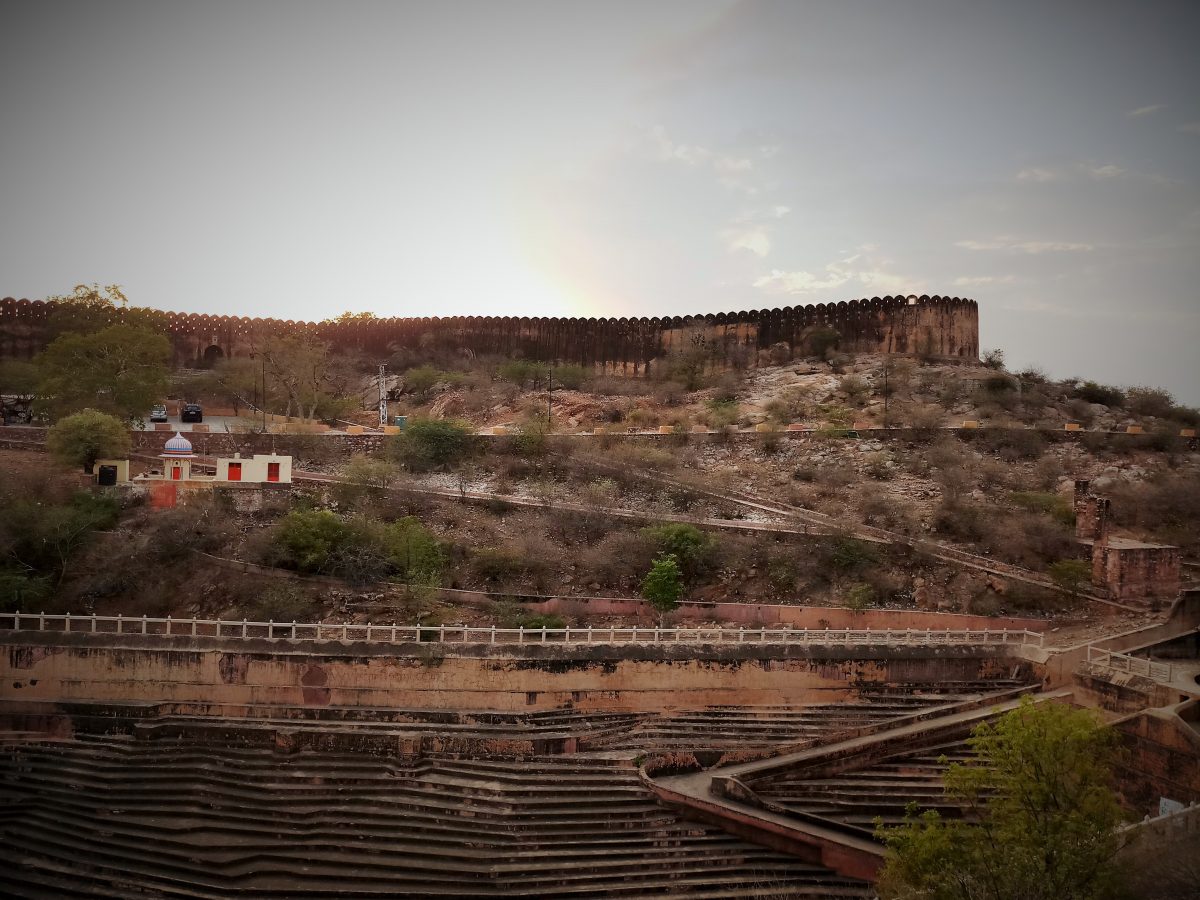 If you are exploring a new place to visit with your family and loved ones, then your list should definitely include Jaipur.

Jaipur, also known as Pink city, is the capital of the North Indian state named Rajasthan. Being founded and named after the Jai Singh II, the ruler of Amer, Jaipur is a part of India’s Golden Triangle tourist circuit.

I went to Jaipur on my vacation. It is one of the favorite places for tourists and vacationers due to its rich culture, heritage, and monuments. Among so many captivating places in Jaipur, I visited some, and I am sharing my experiences with you all underneath:

Amer Fort or Amber Fort is located in rugged hills, away from the main city. The first impression of the fort for me was the strange royal feeling. ‘Amber’ Fort is a UNESCO World Heritage site.

I was astonished to see that immense fort and the beautiful architectural designs of it from outside. For entrance, I had two options, either I could enter by simply walking or I could enter by riding on an elephant. I chose the second one.

Amer Fort was mainly built by Raja Man Singh, and later undergone improvements by Jai Singh I and Sawai Jai Singh II. Red sandstone work and glowing white marbles were the centers of attention. There was a beautiful Maota Lake view from the top.

The fort was divided into four sections each having a courtyard. It consisted of Diwan-E-Am (Hall of public audience), Diwan-E-Khas (Hall of private audience), the Sukh Niwas, and Sheesh Mahal whose walls are made with mirrors and precious stones, left us open-jawed.

I felt curious to know more about Rajput Maharajas’ life as I wish to live their life, which can’t be possible now. After spending some hours and witnessing a city glimpse from there, we left that place. In the evening, you can also see the light and sound show at the fort.

Jal Mahal or Water Palace located in the middle of the Man Sagar Lake, somewhere between the city and the Aravalli hills, was a very peaceful place. It looked more splendid with the combination of the deep blue color of water mixed with the soothing yellow color of the palace.

In total it has five storeys, out of which four storeys are in the water and only one exposed above the water level. We were not allowed to go inside the lake but could enjoy the stunning view from the shores. No doubt, visiting Rajasthan is incomplete without having a camel ride.

So, I did that alongside the lake and enjoyed the bumpy ride a lot. At last, we went for long walks in the pathways accompanied by mild air in the evening and ate some street food over there.

I reached there during mid-day. It was not possible for us to gain in-depth knowledge of the observatory, so I took a guide. He told me that it consists of nineteen instruments like Vrihat Samrat Yantra, Rama Yantra, Jai Prakash Yantra, and many more. These instruments were used earlier for measuring time, eclipses prediction, tracking locations of major stars, and other celestial movements.

Located in the middle of the main street of the old Pink city, the Hawa Mahal is a significant monument of Jaipur. It is constructed with red and pink sandstone and is famous for its marked architecture. ‘Palace of the Winds’ contained countless small windows (also called jharokhas) and screens to provide ventilation. Though I am not able to recall the exact number of windows right now that I tried to count.

The reason it was mainly built was for providing Royal women the view of the city without having been noticed by other people. I  went for some shopping in the nearby market area after capturing some pictures with the Mahal.

In Jaipur, if you want to do extensive shopping, then you can hit Johari Bazar, Tripolia Bazar, Chandpole Bazar, or Kishanpole Bazar. They all can give you an amazing shopping experience.

As we all know there are several Birla temples located all around the country, Jaipur also has one. Here it is also known as Laxmi-Narayan Temple. It is located at the base of Moti Dungari Hill. The temple is built on an elevated ground. I was astounded with the white beauty of the temple as it was built completely with marble. Temple is dedicated to Lord Vishnu (Narayan) and Goddess Laxmi (the Goddess of wealth and good fortune).

There were positive vibes all around the temple. The walls were depicting the old stories and events associated with Hinduism and other religions. There were alluring sculptures based on mythological themes near the temple premises. Overall I felt fascinating and pleasant.

Central Museum or Albert Hall Museum (named after Prince Albert) is among the old museums situated in the city. That adorable and unique piece of architecture was located in the center of Ram Niwas Garden.

The museum has a large range of collection of the King’s portraits and costumes, arms and weapons, wooden crafts, ivory objects, metal sculptures, and much other art and craftwork. At night, The place appeared more vibrant and enchanting with many colorful lights.

Nahargarh Fort was originally named Sudarshangarh, was built in 1734 by Maharaj Sawai Jai Singh II, primarily as a strong defense for Jaipur city. Later on, changed it to Nahargarh, which means ‘abode of tigers’. Fort is situated on the top of Aravalli Hills, which gives a picturesque view of the entire city.

The fort is a popular spot among the locals for the sunrise and sunset views. We went to visit the backside of the fort in the afternoon and stayed there till the evening, in order to observe the beautiful view of the sunset from the top. The city consisted of so many widespread tiny buildings, stuck together which were looking like small boxes, and was surrounded by the hills all around it.

World Trade Park (WTP) is one of the largest shopping malls in India by size, it has its own uniqueness. It was inaugurated in 2012 with construction cost worth 350 crores. It is royal blue in color with a very charming structure.

The ambiance and the interiors will give you a wow feeling. WTP is divided into many sections. Some of them are namely Dubai Bazaar, Fantasy Street, Roman Street, Pyramid Street, Mexican Street, and so on. WTP has many branded outlets with a multicuisine food court and a movie theatre.

At last, all I can say is that it was a wonderful experience to visit Jaipur as it added so much to my memories which will last forever.

You can also book your holiday package to this beautiful city below, what can I say, You deserve a vacation and this city is waiting to be explored by you.