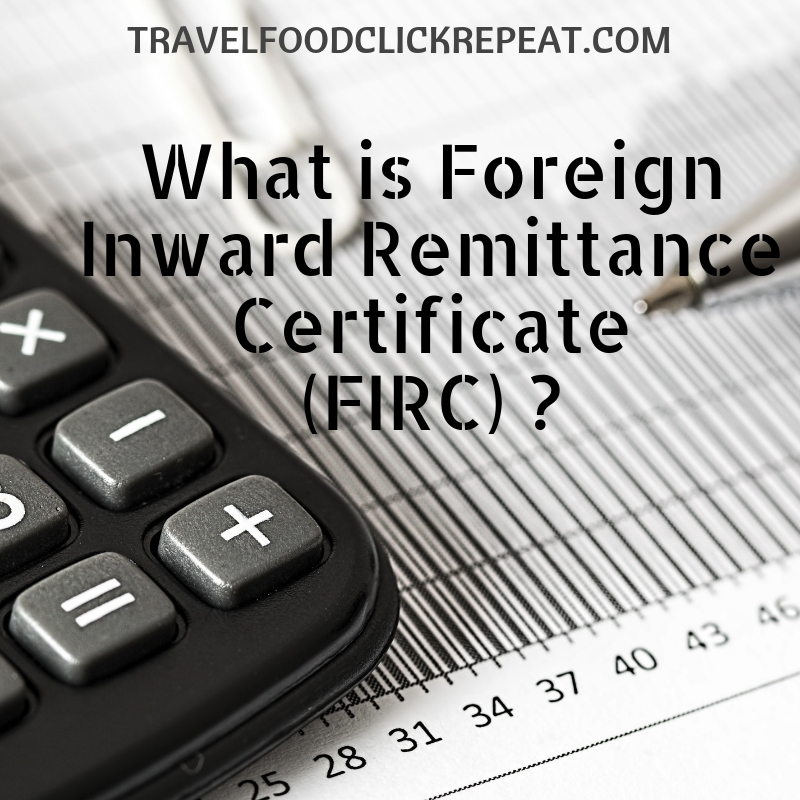 A Foreign Inward Remittance Certificate (FIRC) is a document that acts as a proof or testimonial for all inward remittances and payments received by India from the foreign countries. Generally, statutory authorities accept this document as an evidence that an individual or a business, has received a payment in foreign currency from outside India.

As per the regulation issued by the Reserve Bank of India in this regard, in general, FIRC can be issued by the “Authorised Dealer (AD) Category I” banks in India after the request made by the beneficiary of the inward remittance.

FIRC should be issued only in respect of the following:

2. Receipt of export proceeds by an  AD Bank other than the one who handles GR/SOFTEX/SDF/PP Forms.

One has to note that, the multiple or duplicate FIRC against the same remittance, in general, shall not be issued by the bank as duplicate FIRC may fraught with the risk of misuse.

2. The indication of whether the amount is paid by cash or to the person’s bank account

3. Name and address of the person who remits the money

4. Name and address of the bank who processed the transaction

6. The denomination of amount in that foreign currency

7. The equivalent denomination of amount in Indian currency (in words as well as in figures)

8. Name of the recipient in whose favor such remittance is made

9. Prevalent Rate of Exchange applied on the transaction

Purpose Code is the code issued by the Reserve Bank of India (RBI) to identify why the transaction has been made (i.e. to know the purpose of the nature of the transactions) in the foreign currency.

1. Receipt Purposes: For Payment Received in India in Foreign Currency

2. Payment Purposes: For Payment Made from India in Foreign Currency

Like in the case of bloggers, if you receive money from Google Adsense for providing the service by selling the space for online advertising, then the Group Number is going to be 10. Its Purpose Group Name is going to be ‘Other Business Services’. In this case, the Purpose Code with the respective description is going to be P1007 – “Advertising, Trade Fair, Market Research, and Public Opinion Poll Services”.

Also Read: GST on Blogger’s Earning from WORDADS or ADSENSE